Have you been hearing about apple cider vinegar and wondering if it can help you? 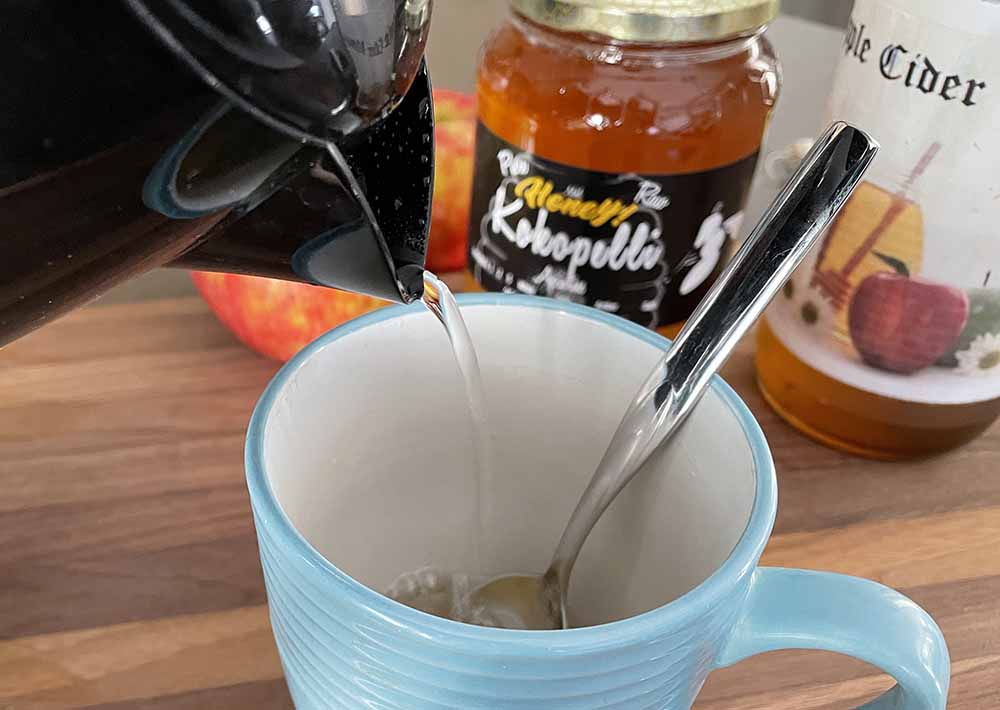 Apple cider vinegar and celiac disease: I’ve recently returned to an old friend.  I’m not sure why I left really.  I guess habits change over time and things that were once routine, rituals even,  get replaced.  Out with the old, in with the new so to speak.  Well,  I’m a big fan of both old and new and finding a balance between the two.  Apple cider vinegar reaches into both worlds, science and innovation (the new), and reaching back for the old in the form of natural, soothing, health supporting remedies.

Here I'm going to attempt to answer a lot of the questions you may have about apple cider vinegar and how it may help you to manage your celiac disease or gluten intolerance.

Read through or use the links below to jump what interests you.

How To Use Apple Cider Vinegar

Is Apple Cider Vinegar For You?

A quick google search will bring back dozens of uses for apple cider vinegar that range from washing your hair to controlling weeds and rodents in your garden to cleaning your radiator.  But what we care about here is our gut, yours and mine, and bacteria both good and bad that populate it and affect how we feel every day.

What Do All These Little Beasties Do?

Well, that's been the topic of some of the most intense research of the last 20 years, and scientists are still figuring all of that out.  In fact my own doctor told me that, although research is very promising and will likely answer lots of questions in the future, "if anyone tells you they have the answers now, they're not being honest".  But, it does seem that they play a big role in helping to regulate many of our body's functions, especially digestion, and looking after this rather large colony of guests is pretty important.  The health of the microbiome has been linked to issues with mood, sleep, obesity and even skin cancer3.

The problem is, there are many things in our modern lives that can interfere with the health of our microbiome.  The most obvious one is anti-biotics.  While the discovery of anti-biotics is one of the great advances of medical science, there is a down side.  And that is that they don't just kill the bad germs that are making us sick, they kill the good ones that are keeping us healthy.

What Are Probiotics and How Do They Help?

Many celiacs, me included find probiotics helpful in reducing bloating and improving bowel function.  In his book, “An Epidemic of Absence: A New Way of Understanding Allergies and Auto-Immune Diseases”,   Moses Velasquez-Manoff reports on research into celiac treatment with pro-biotics, suggesting that people with celiac disease may tolerate gluten better if the micro biome is improved4.  (spoiler, this does not mean you can eat gluten!)  Even celiac.com references pro-biotics as supportive in improving gut health and recent ongoing scientific studies continue to point in that direction.5  So...if pro-biotics support health in celiac patients, and pre-biotics support health in pro-biotics...well I think you know where this is going.

What Are Prebiotics and How Do They Help?

Apple Cider Vinegar has both probiotic and prebiotic properties!

This makes ACV a very helpful support for gut health, especially if you have a condition like celiac disease or gluten intolerance.

Do Not Give Up Your Gluten-Free Diet!

There is no cure for celiac disease, and the only treatment is a strict gluten free diet.  Yet many people with celiac disease find that, even with the elimination of gluten, some symptoms persist.  The rumbly tummy, the less than optimal bathroom experience...this is where apple cider vinegar can help.

You won't have to remember to check back.  NGF will just land in your inbox every month.  Here's what you'll get:

And as a personal thank-you for signing up, get my
FREE Printable Gluten-Free Food List

You can pin it to your fridge or take it shopping with you so you'll always know what to buy.

I respect your privacy!  I won't use your email for anything but to send you the newsletter.

And What Does That Have To Do With Celiac Disease?

This is a bit of a story, but I think it illustrates what a lengthy and meandering road to diagnosis many folks with celiac endure.  I know there are many women, many couples, who can relate.  If this doesn't interest you, you can skip to the practical stuff.

It was the early 1990's, my son was about two years old and I was ready to add to my family again.  The first miscarriage, though difficult and dramatic (I miscarried in the ultra sound clinic among an assembly of medical professionals who had no idea what to do. The receptionist’s biggest concern getting me out of her washroom and making sure I didn’t stain the chairs in the waiting room while waiting for the ambulance) wasn’t a huge cause for concern.  These things happen. 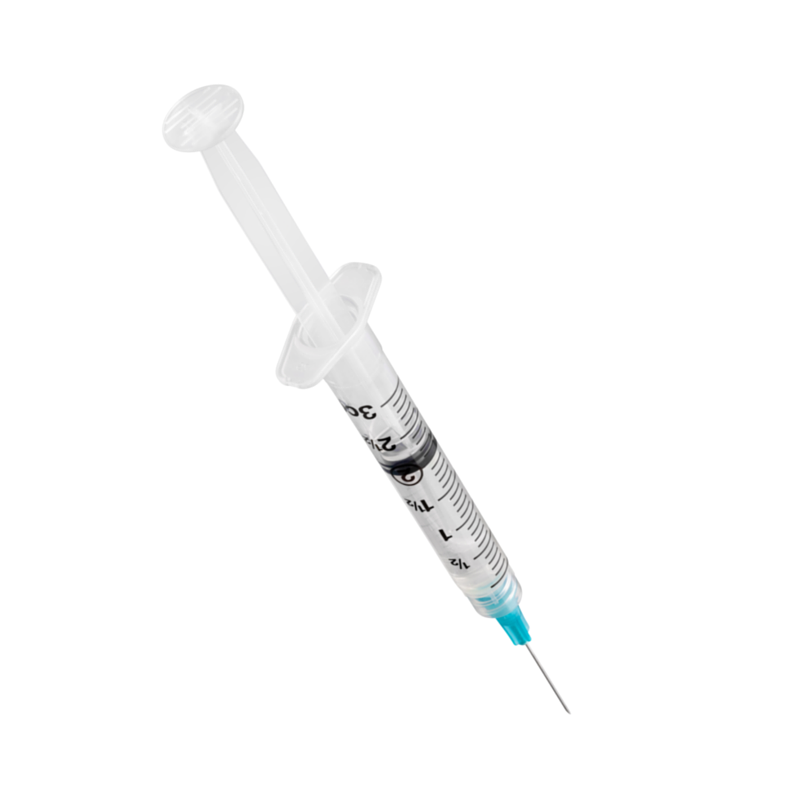 At the time my doctor told me that about 20% of pregnancies end in miscarriage.  The next pregnancy went five months before the ultra sound showed the fetus has died.  After having labor induced and delivering the fetus the testing started.  No diabetes, no genetic issues, no physical abnormalities of the uterus.  I was poked and prodded until I felt more like a science experiment than a human being and all I got for it was no answers  and two more miscarriages.  The one test that was not performed was a celiac test.  If you’re reading this, you’re probably not surprised and you probably have your own story of feeling like a frustrated pin cushion so I’m sure you can relate.

Back to the ACV Part of the Story

I've since learned that untreated celiac disease can cause miscarriage and other pregnancy issues.6  At the time though, I had no idea. 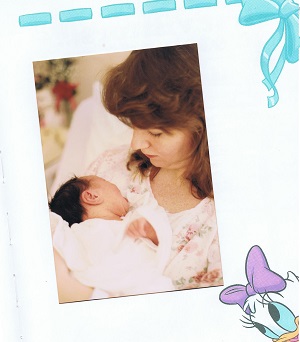 It was around this time that my friend gave me a book called “Folk Medicine: A New England Almanac of Natural Health from a Noted Vermont Country Doctor by D.C Jarvis, M.D.  Apple cider vinegar and honey were at the core of his approach to natural medicine.  His research often involved spending time with local farmers and observing animals, both on the farm and in the wild.  One of his farmer buddies had a herd of cows that frequently experienced miscarriages.  Adding apple cider vinegar to their feed resulted in an increase of calves on the farm7 and for me, ACV twice a day resulted in a beautiful baby girl.  Frankly I think I got the better end of the deal.

Jarvis concluded that the ACV thinned the blood and improved circulation.  That could be true, but back in the fifties when Jarvis was doing his research we didn’t know about the micro biome or probiotics or pre-biotics, so he may have come up with the best explanation he could for the time. 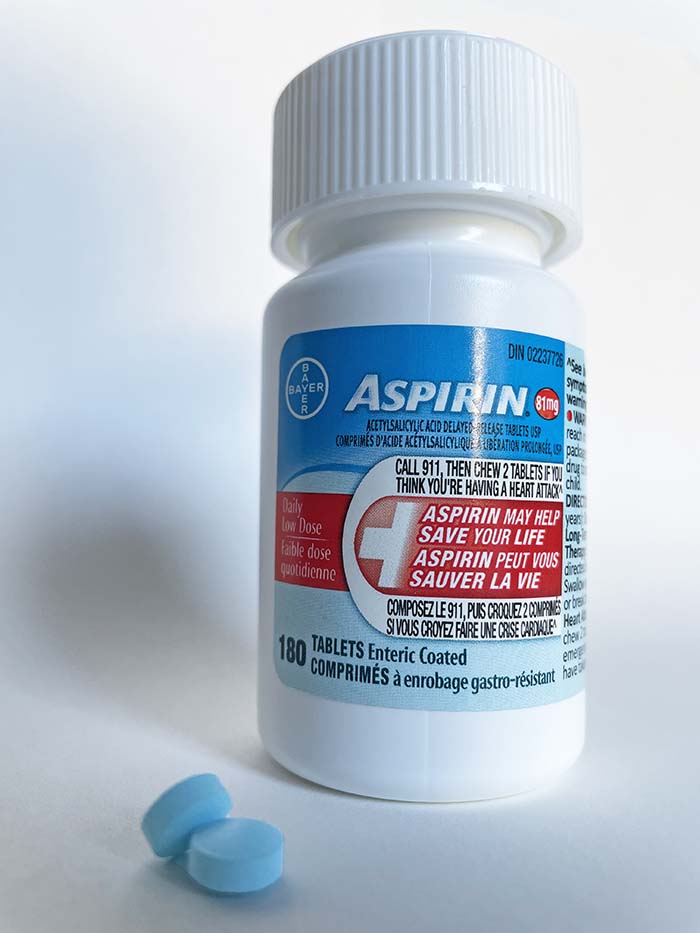 While I was going through these many miscarriages and many many doctor's appointments, I was made aware of a study that was being conducted through Toronto General Hospital.  They were studying the affects of low dose aspirin on women who had experienced multiple, unexplained miscarriages.  The idea was that something was restricting proper blood flow to the fetus and aspirin, having blood thinning properties, might be able to help.  I went for the interview and the researcher told me that, at that time they had 24 patients in the study and so far all of them were doing well.  I declined to participate in the study.  I wasn't comfortable taking any drug while pregnant and preferred a more natural approach.  But I think you're noticing like I did that there is some similarity between D.C. Jarvis's blood thinning story and the hypothesis of this study.  I've tried since to look for this study to see what the final results were but have not been able to find anything.

So does apple cider vinegar prevent miscarriage?  I don't really know, but I did have a positive experience.  It would have been better of course if I'd been tested for celiac disease and started on the road to recovery 17 years earlier than I did.

How To Use Apple Cider Vinegar

Some people take their ACV neat from a spoon or a shot glass.  I did my share of shooters in my younger days but that’s just a bit sour for me and there is some evidence that taking it straight can erode tooth enamel and cause indigestion.  My routine, the one that I hold responsible for the birth of my daughter and the one I’ve recently returned to involves two teaspoons of apple cider vinegar and two teaspoons of honey in water twice a day. 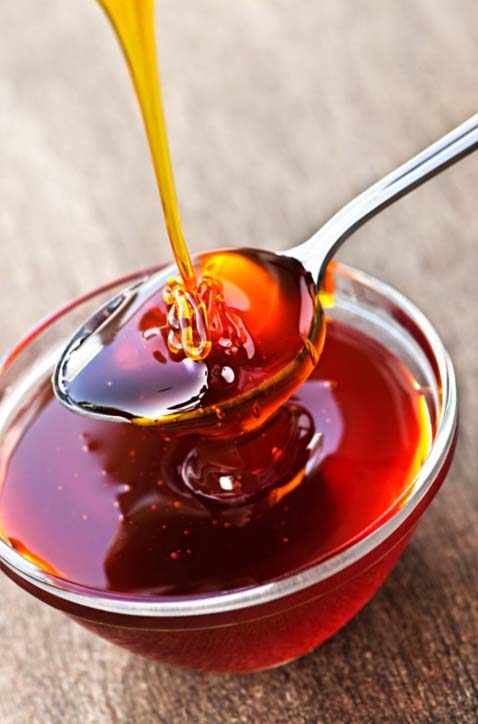 Use boiling water from the kettle and you have a nice soothing “tea”.  Use cold water and it’s just a pleasant, health enhancing cold drink.  I enjoy both depending on the mood I’m in.  It may be a bit of an acquired taste, but give it a chance. The honey makes the apple cider vinegar more palatable and according to Dr. Jarvis it contains a host of trace minerals that promote overall heath.  And if that’s not cool enough, there is some evidence that honey is also a pre-biotic.  So you’re boosting the pre-biotic effect of your ACV by adding it to a little twice daily honey cocktail.

The alcohol metaphor is a bit fun and silly, but on a more serious and unrelated to celiac disease note, Dr. Jarvis also treated alcoholics with ACV and honey.  He suggests that the acidic affects on the blood and getting the body into nutritional balance reduced the craving for alcohol.

Add a tablespoonful to your braising liquid if you’re cooking a pork shoulder or ribs or a cottage roll.  A little bit to finish off your pulled pork adds a nice zing.   Just a touch in the sauce for your meatballs is wonderful.  Make a salad with sliced apples and add a spoonful of acv to the dressing.  Use your imagination.  I suggest going a bit easy at first though until you are used to flavouring with ACV.  Like I mentioned, it’s a very strong flavour and can overpower your dish if you’re not careful.

While apple cider vinegar is not a cure-all, it can be helpful.  Here is my recommendation.

So Is Apple Cider Vinegar For YOU?

Apple Cider Vinegar does not cure celiac disease and it may or may not help to prevent miscarriage.  Yet, I think you'll agree that there is some good evidence, with expert backing, that ACV can support your gut health, and along with your gluten-free diet, it can help you to manage some of the lingering symptoms of celiac disease.

There aren’t many things I recommend for everyone, unreservedly but when it comes to apple cider vinegar and celiac disease, I’m going to go out on a limb here and say yes.  YES!

Celiac disease and other food intolerances: You gave up gluten and started to feel better, but then the tummy troubles started up again.  Go here to find out what it could be about.

3. Guardian News and Media. (2018, March 26). The human microbiome: Why our microbes could be key to our health. The Guardian. Retrieved October 17, 2021, from https://www.theguardian.com/news/2018/mar/26/the-human-microbiome-why-our-microbes-could-be-key-to-our-health.

4. Velasquez-Manoff, M. (2013). An epidemic of absence: A new way of understanding allergies and autoimmune diseases. Scribner.