An Epidemic of Absence 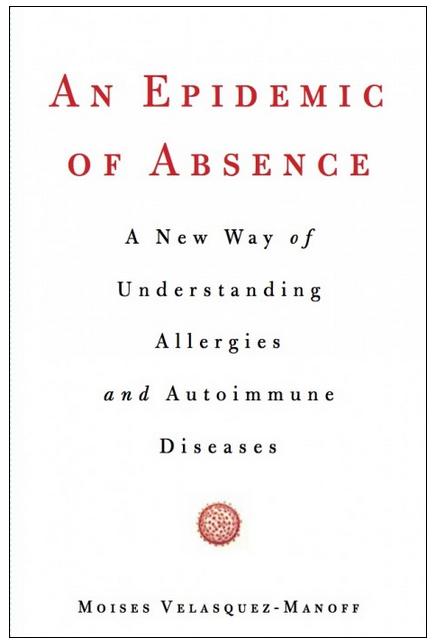 As an Amazon associate I may make a small commission from products purchased.

An Epidemic of Absence: Review

An Epidemic of Absence: This book is fascinating!

And I think in many ways it will prove to be cutting edge.

If you’ve been keeping up with recent news in the medical world, you may have heard the term “micro biome”.  It refers to the colony, or colonies of micro organisms that live inside of us and contribute in a very real way to our well being.  They live on our skin, in our nose and eyes, and perhaps more importantly, they live in our gut.  In fact only one in ten cells in your body is human.  The rest is these friendly microscopic helpers who have all kinds of jobs that we’re just beginning to understand.  Perhaps most importantly, these guys are the gate keepers.  The healthier your colony of good bacteria is, the more able they are to keep the bad guys at bay.  Yeah it’s kind of like cops and robbers playing out inside your body every day.  If left undisturbed, the balance remains perfect.  Homeostasis so to speak.  In fact, a healthy system can even protect itself from invaders.  It’s called your immune system and every minute of every day it stands guard protecting you from those who would do you harm.

This immune system is pretty complex and has developed over millennia of having to fight off the various diseases, and worms and micro-organisms that have threatened to wipe out humanity at various points in history.  Malaria, cholera, black plague, round worm, tape worm, measles.  These atrocities killed millions of people, but there were also many who didn’t die.  And over time, their success left its imprint on their DNA.

And this is where it gets interesting.  Enter the discovery of “germ theory” and 20th century hygiene, clean water, antibiotics.  Bugs and infectious diseases start to disappear, which is wonderful news!  Many lives are saved.  But then auto-immune diseases start to appear.  Co-incidence?

"An epidemic of absence" refers to the disappearance of these "germs" that our immune systems evolved to spar with. The immune system needs a job.  Take away its job and what does it do?  Maybe it doesn’t just sit around and watch t.v.  Maybe it looks for another job.  And maybe in the absence of a real job it makes one up.  It starts to see enemies where there are none.  Enemies in things like peanuts, or shellfish or say...gluten.  Auto-immune conditions are essentially the immune system attacking it’s host.

Speaking of co-incidences, while writing I have Netflix on.  “House” season 6 episode 8.  The patient had worms in his liver.  When he was cured of the worms he started to show symptoms of Crohn’s Disease, which is an auto-immune disease.  In the story, he’d been raised by an over protective mother who kept his environment sterile.  His immune system didn’t develop.  The worms challenged the immune system keeping the Crohn’s at bay. The cure?  In crazy  House style, they re-infected him with worms.  But how crazy is it?

In An Epidemic of Absence, Velasquez-Manoff tells a similar story of a man with ulcerative colitis.  It’s an auto-immune condition where the intestines develop ulcers.  Essentially holes burned into the walls of his intestines.  He heard about work that was being done treating ulcerative colitis with worms.  He familiarized himself with the research and then decided to infect himself with human whipworm.  After being turned away by numerous doctors, he finally found a scientist who would work with him.  He went to Thailand where worms are more common than North America and found a young woman with the worms he was looking for.  With some difficulty he managed to infect himself with a colony of worms.  And it worked!  The worms kept the UC under control.

What does all this mean to us; those of us with Celiac?  Of course, Celiac is an auto-immune disease.  Does this mean we should infect ourselves with worms?  Well, not exactly.  (spoiler alert) The related research on Celiac is with pro-biotics, specifically, bifidobacteria.  Co-incidentally (or not) that’s the strain that in the common pro-biotic that you find in the refrigerator at your corner health food store.

So do pro-biotics cure Celiac?  Who knows?   I would certainly never advocate abandoning your gluten free diet.  But I can say from experience that pro-biotics have made me feel better.  On the advice of a friend who’s suffered with IBS symptoms for decades, I recently doubled my dose, and I actually feel better than I have in years.  Time will tell if it lasts.  Fingers crossed xx